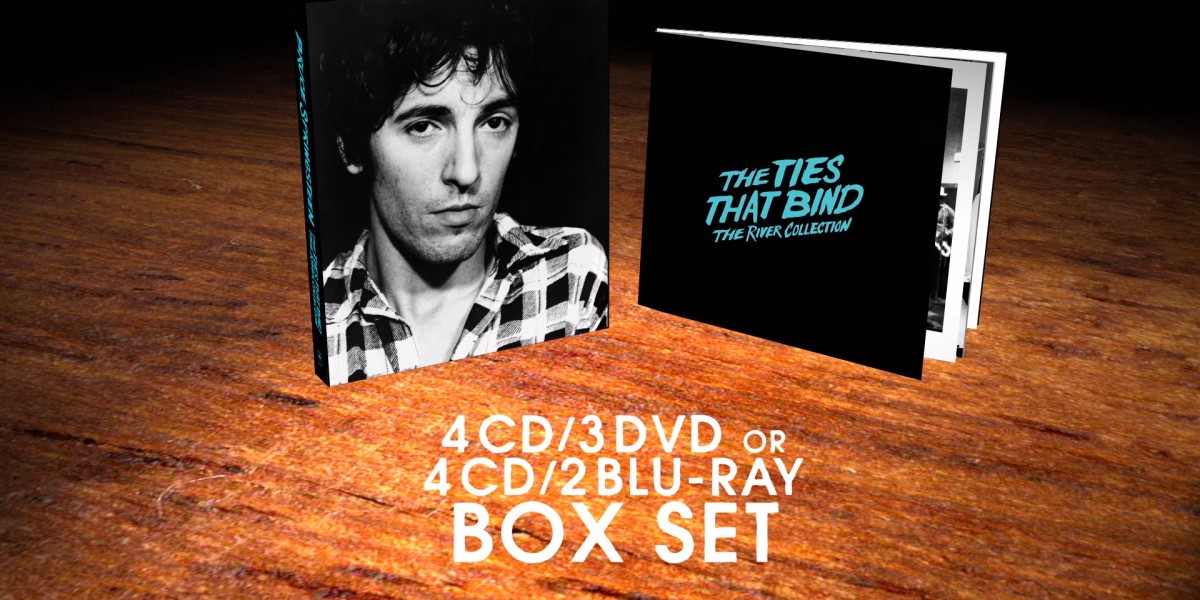 A comprehensive collection from 'The River' era.

A comprehensive look at ‘The River’ era, the set contains 52 tracks on 4 CDs with a wealth of unreleased material, and 4 hours of never-before-seen video on 3 DVDs.

It is comprised of the original ‘The River’ double album; the first official release of ‘The River: Single Album;’ a CD of 1979/80 studio outtakes; a two-DVD film of never-released, newly edited multi-camera footage from Springsteen’s famed 1980 show in Tempe, AZ, long rumored but never-before-seen; rare tour rehearsal footage; a brand new documentary “The Ties That Bind” about ‘The River;’ and a coffee table book of 200 rare or previously unseen photos and memorabilia with a new essay by Mikal Gilmore.

From the extensive collection you can listen to ‘Meet Me In The City’ here:

‘The Ties That Bind: The River Collection’ is available for pre-order on Amazon and iTunes.