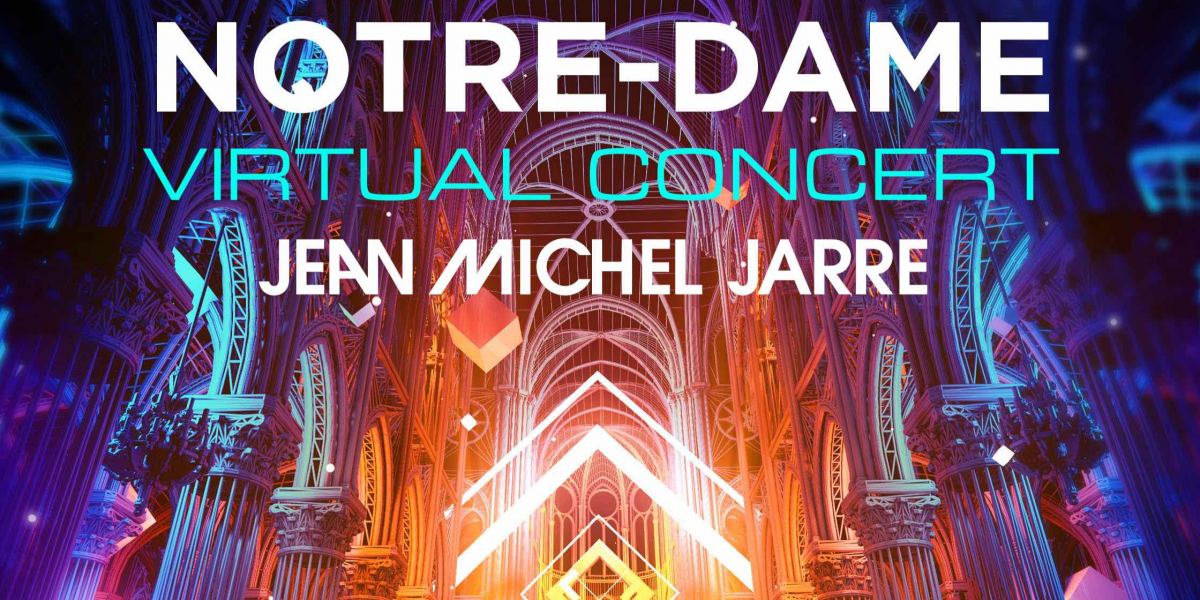 Jean-Michel Jarre presents ‘WELCOME TO THE OTHER SIDE’

Electronic Music pioneer Jean-Michel Jarre presents ‘WELCOME TO THE OTHER SIDE’ a virtual New Years Eve concert set in the Notre-Dame.

The unique visual world created by Jarre in VR, is a one-off exclusive, open-to-all, free concert experience, giving everyone the opportunity to ring-in the New Year in a futuristic and festive way.

This concert-spectacular will have Jarre performing live from a studio near the Cathedral in Paris, while his avatar plays inside a virtual Notre-Dame. The 45minute concert will include tracks from his Grammy-nominated Electronica, and reworked versions of his classics.

The Live-stream experience on December 31, will be produced as a cutting-edge simultaneously-mixed-media creation, all via your own chosen dimension:

– In total immersion on the social VR platform VRchat, accessible either simply via PC, or in virtual reality for those with VR headsets,

– Live-streaming on Jarre’s & other social media platforms via any PC or Mac, smartphone or tablet,