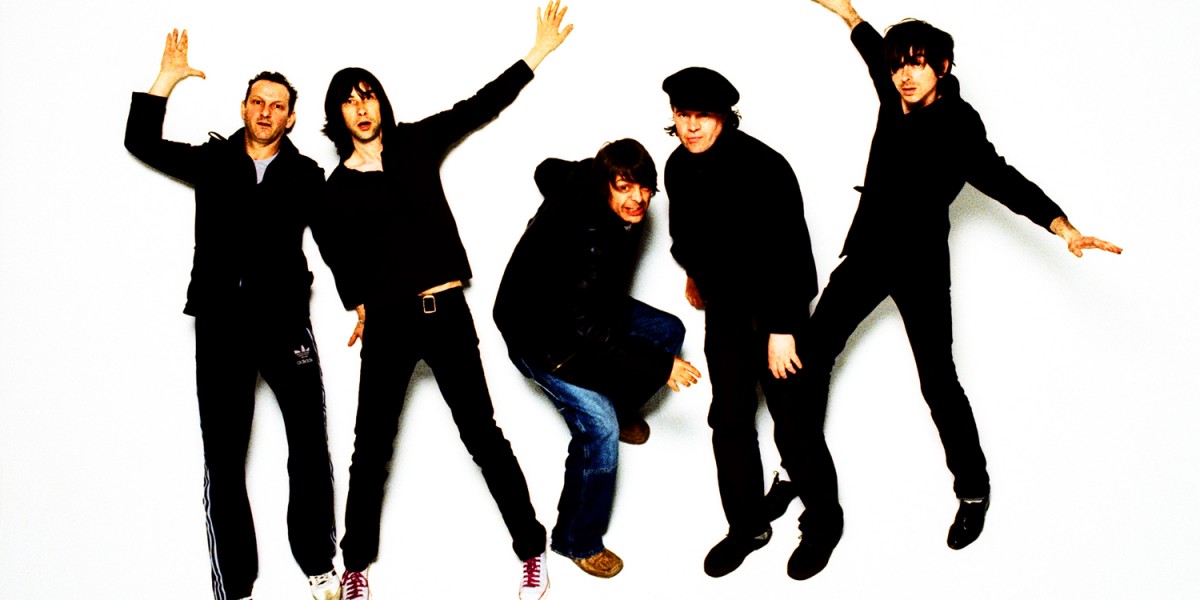 Primal Scream’s masterpiece ‘Screamadelica’ is available now as a four CD bookset and a 2 LP vinyl. 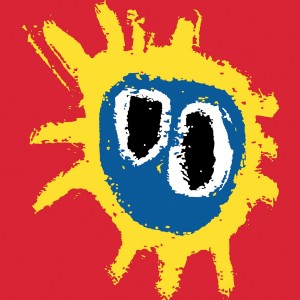 Since its release in September 1991, the inaugural Mercury Prize winning record has influenced countless bands and artists, been widely acclaimed by critics as one of the defining records of the 1990s and as one of the most inventive albums of it’s generation.

“‘Screamadelica’ is one of this era’s most beautiful, far-reaching pieces of musical adventure…pretty much a perfect album”
– NME 1991

The ‘Screamadelica’ four CD bookset includes a 20 page booklet which features content from the deluxe 20th anniversary set released in 2011.

It includes beautiful photography from Grant Fleming and Kevin Westerberg along with insightful interviews with Bobby Gillespie, Andrew Innes and Andrew Weatherall about the making of this legendary album. You can order your copy of the boxset here. 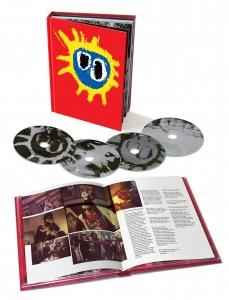 The vinyl version of the 20th anniversary album is also available on 2 LPs presented in beautiful gatefold packaging with colour photography inside and the iconic cover on the front.

The vinyl is available here.

With this year marking the 30th anniversary of the epoch-defining ‘Loaded’, our artist of the month for August are the evergreen party starters, Primal Scream.

With Primal Scream’s 2000 album, ‘XTRMNTR’, about to celebrate its 20th anniversary, it’s entirely apposite that we should focus our attention on the record’s lead track and third single, ‘Kill All Hippies’.

If any one song from their vast back catalogue perfectly encapsulates Primal Scream’s rock’n’roll side then it’s got to be ‘Rocks’. 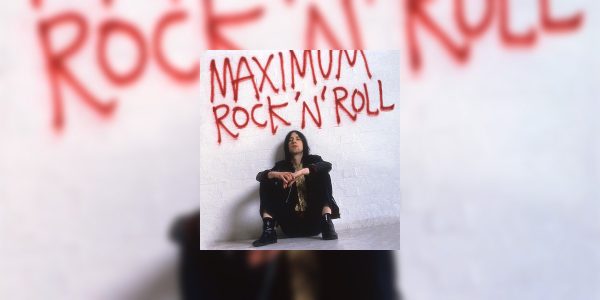 Ahead of this year’s vibrant festival season, Primal Scream are releasing ‘Maximum Rock ‘n’ Roll: The Singles’, collecting one of the most powerful single discographies in rock. Out now. 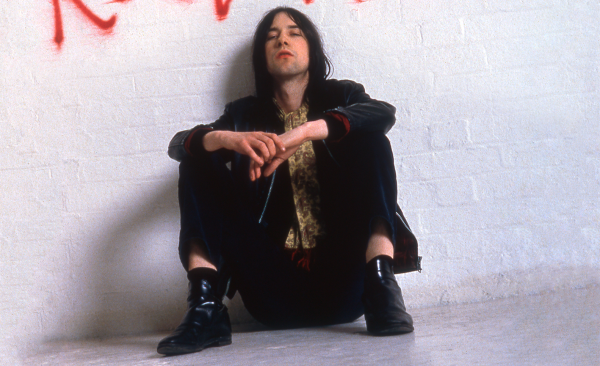 With one of the most powerful, diverse single catalogues in the history of rock – ‘Maximum Rock ‘n’ Roll: The Singles’ due out this month – our Artist of the Month for May is the unutterably incomparable Primal Scream.

Primal Scream’s landmark 1986 single ‘Velocity Girl’ will be reissued on limited edition 7″ vinyl on May 24, alongside the release of ‘Maximum Rock n Roll: The Singles’.

Unheard and never before released, the Original Memphis Recordings from Primal Scream’s first ‘Give Out But Don’t Give Up’ sessions, are out now. 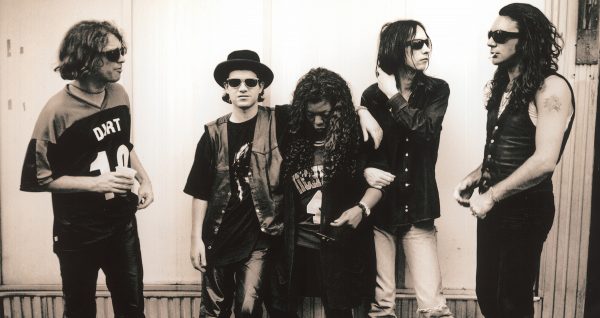 Since their formation in 1982, Bobby Gillespie and co. have soundtracked innumerable lives, from the gleeful hedonism of ‘Rocks’ to the plaintive ‘Cry Myself Blind’, there’s a ‘Scream tune for every mood and every moment. 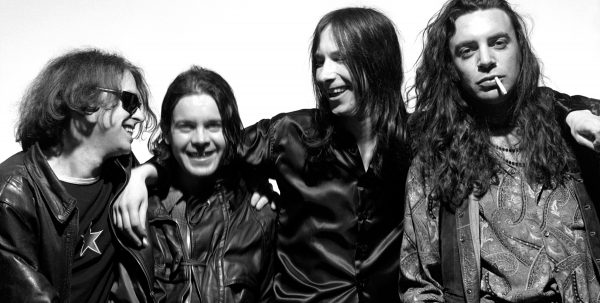 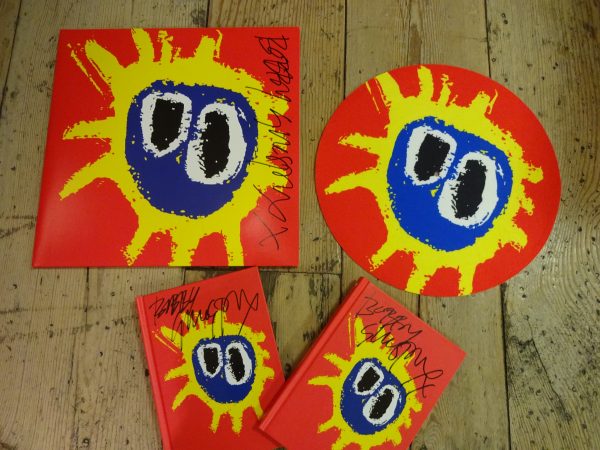 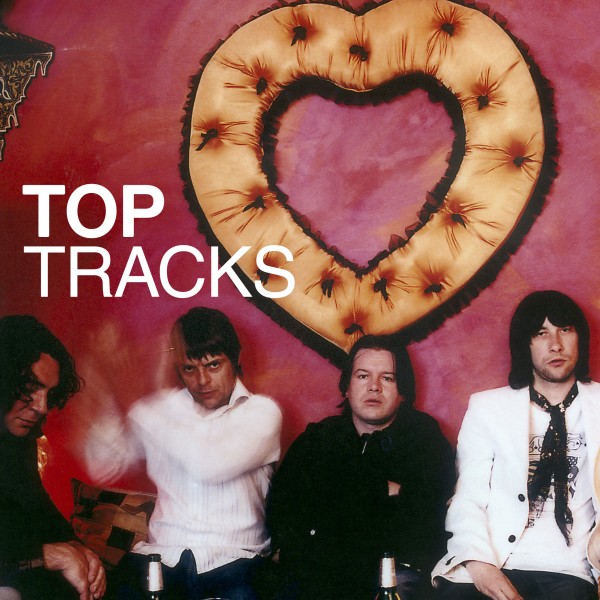 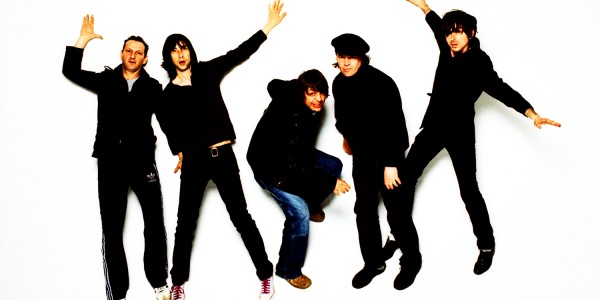 “‘Screamadelica’ is one of this era’s most beautiful, far-reaching pieces of musical adventure…pretty much a perfect album”