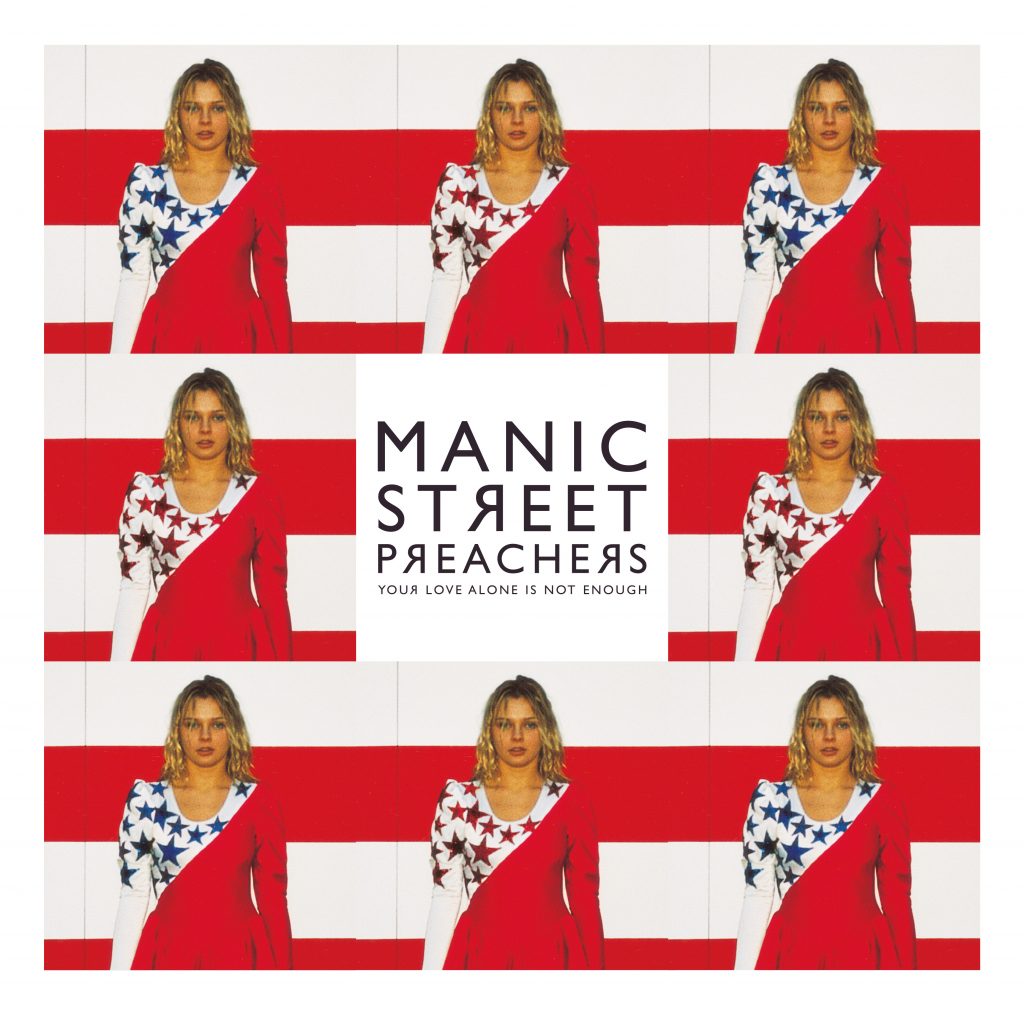 The Manics are celebrating Record Store Day with a Numbered Limited Edition 12″ vinyl of ‘Your Love Alone Is Not Enough’. 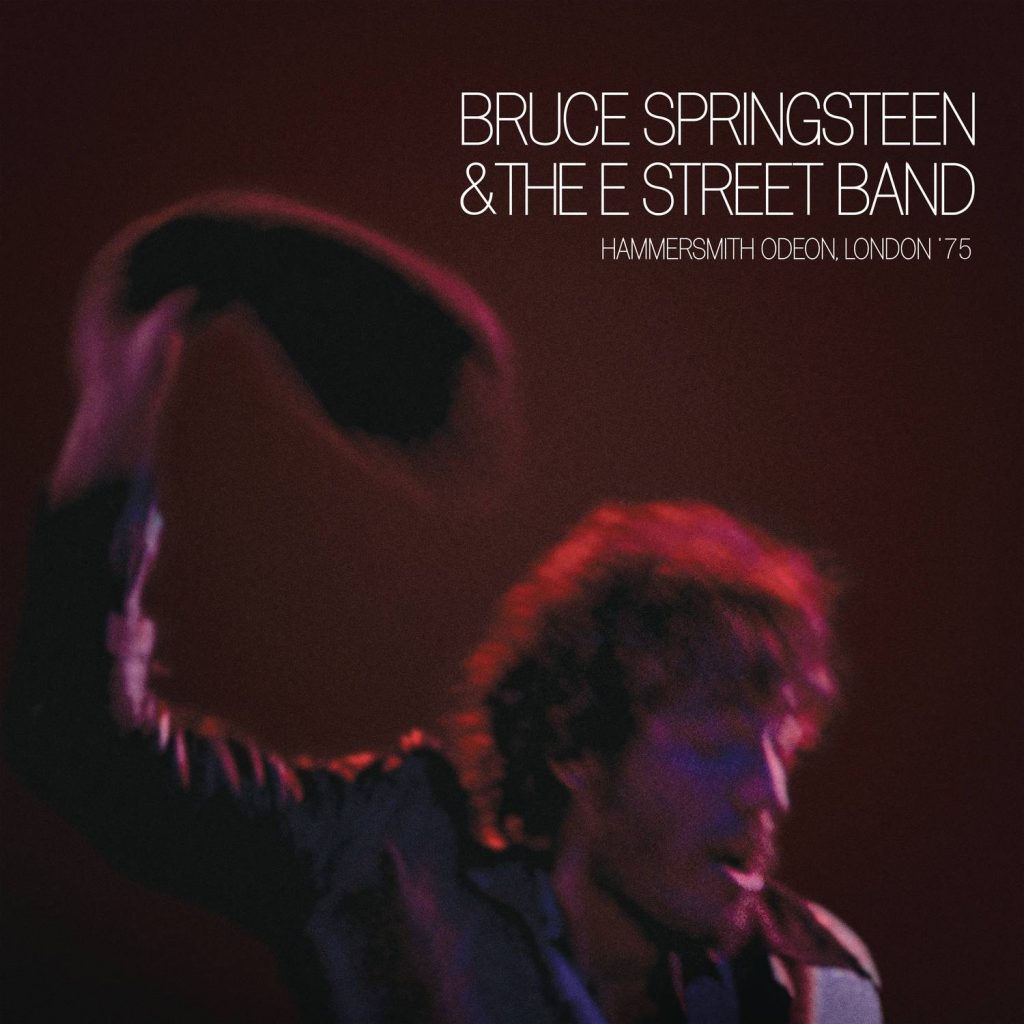 On November 18, 1975, Bruce Springsteen & The E Street Band made their first concert appearance outside of America, at London’s Hammersmith Odeon. ‘Born to Run’ had been released three months earlier, and Springsteen had famously appeared on the covers of Time and Newsweek three weeks before the Hammersmith gig — was the rest of the world finally ready for him?

More than 40 years later, Hammersmith Odeon London ’75 answers with a resounding “yes” — and now, for the first time on vinyl, fans can experience the magic of that unforgettable night. 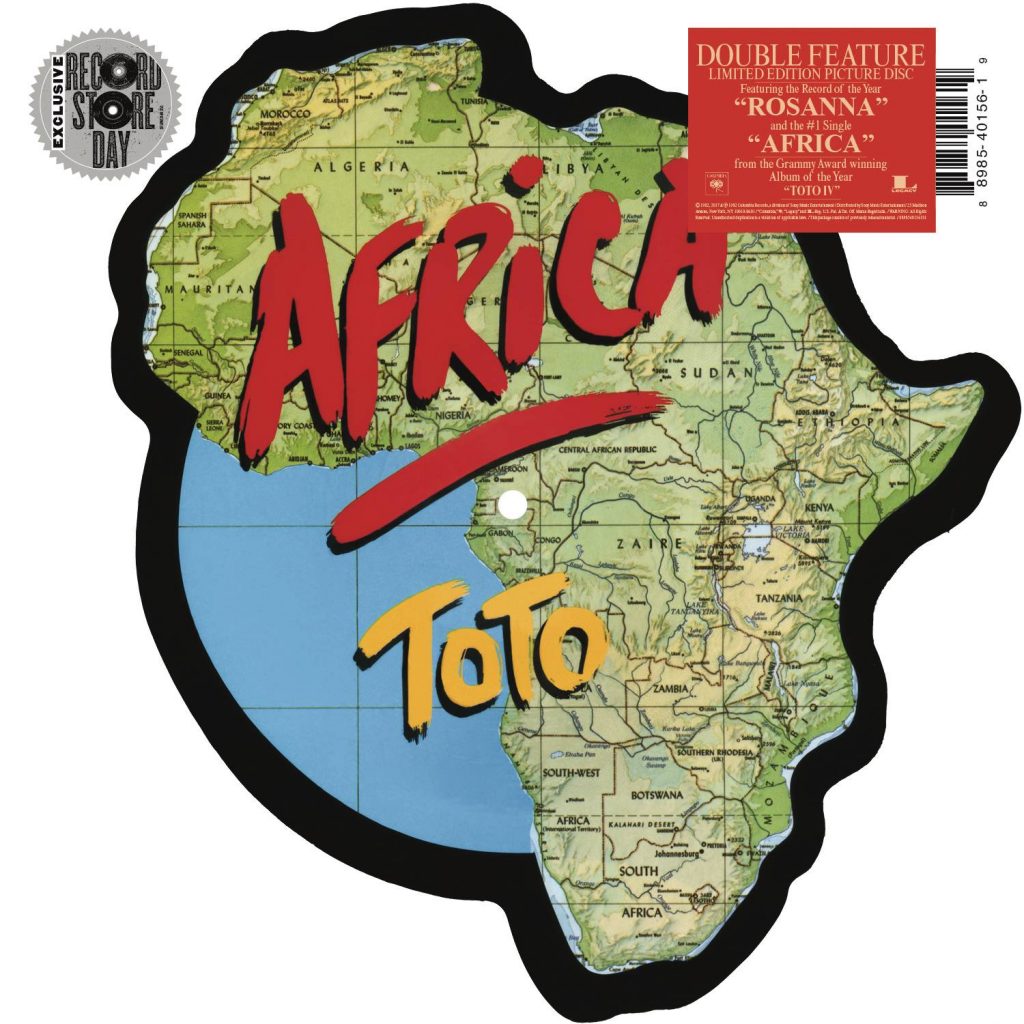 Two of Toto’s biggest hits — the chart-topping ‘Africa’ and Grammy Award-winning smash ‘Rosanna’ — return to vinyl on a special recreation of a limited edition, die-cut, Africa-shaped picture disc originally released in 1982, featuring a map of the continent on the A-side and an image of actress Rosanna Arquette, the inspiration for ‘Rosanna’, on the B-side.

This is the first release in celebration of the 40th anniversary of Toto, one of the best-selling and most virtuosic rock bands of all time. 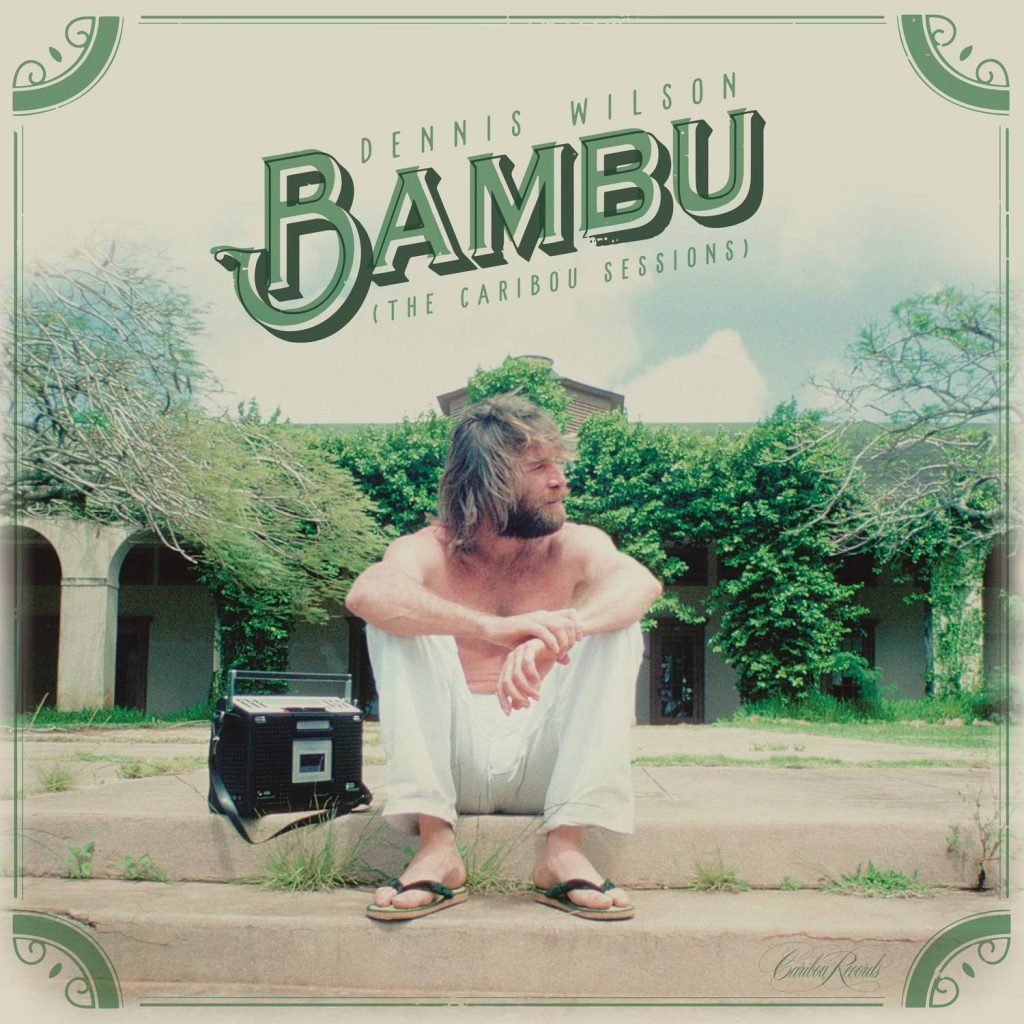 ‘Bambu (The Caribou Sessions)’ features highlights from the recording sessions for the planned second album by Dennis Wilson of The Beach Boys. Recorded in 1978 as the follow-up to Wilson’s classic ‘Pacific Ocean Blue’, these eclectic and ambitious recordings were left unreleased when Wilson died in 1983, and remained so until 2008.

Now, the power and emotion of Wilson’s lost masterpiece can be heard on a newly designed 2LP set pressed on colored vinyl and featuring new liner notes by Ken Sharp. 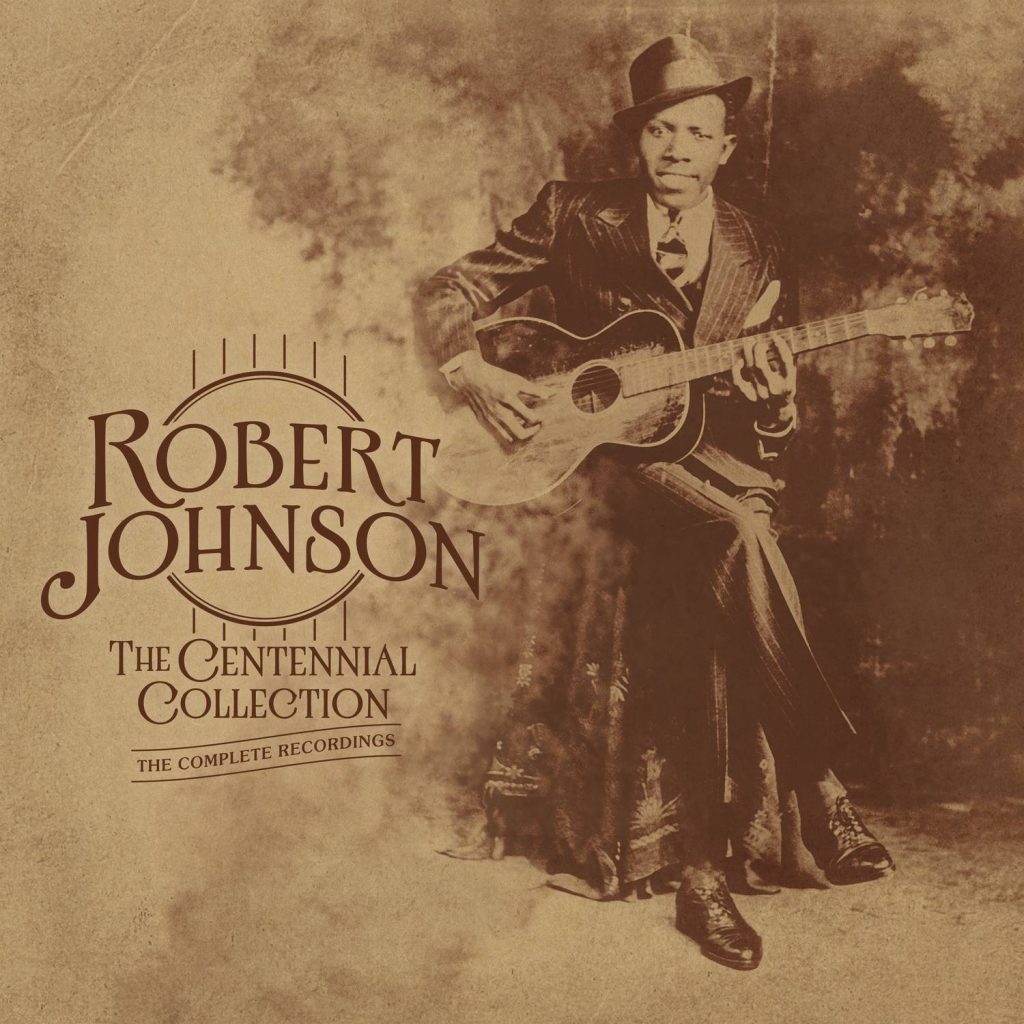 In 1936 and 1937, Robert Johnson recorded two sessions of Delta blues that would profoundly shape the course of rock music over the 20th century. ‘The Complete Recordings: The Centennial Collection’ is the ultimate document of these groundbreaking sessions. 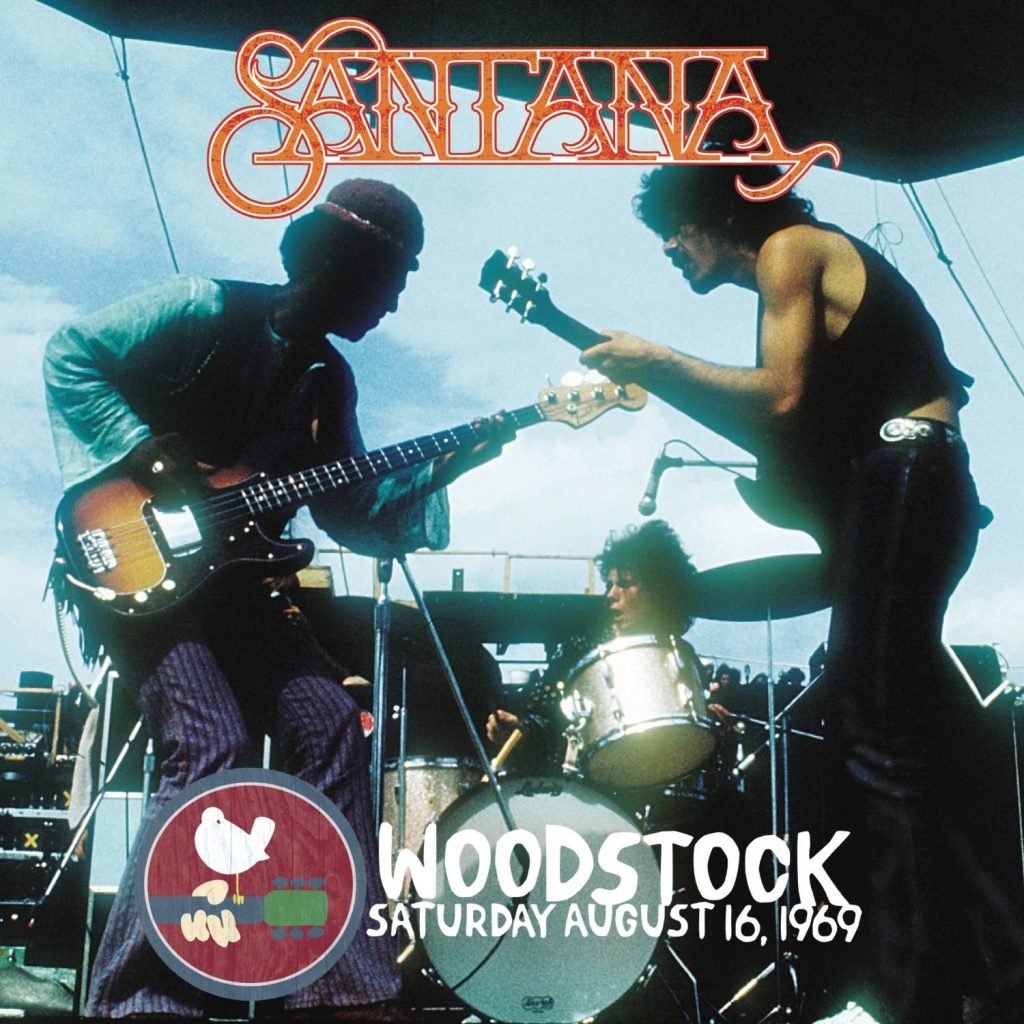 When Santana took the stage at the Woodstock Music & Art Fair on August 16, 1969, they were unknown outside of the thriving Bay Area music scene. By the time they triumphantly walked off the stage, they were one of the festival’s biggest surprises. Santana delivered a career-making performance melding Latin rock and bruising blues that set the stage for their platinum-selling debut album, released weeks later.

Now, Santana ‘Live At The Woodstock Music & Art Fair, August 16, 1969’ takes listeners back to that show-stopping set, pressed on vinyl for the first time. 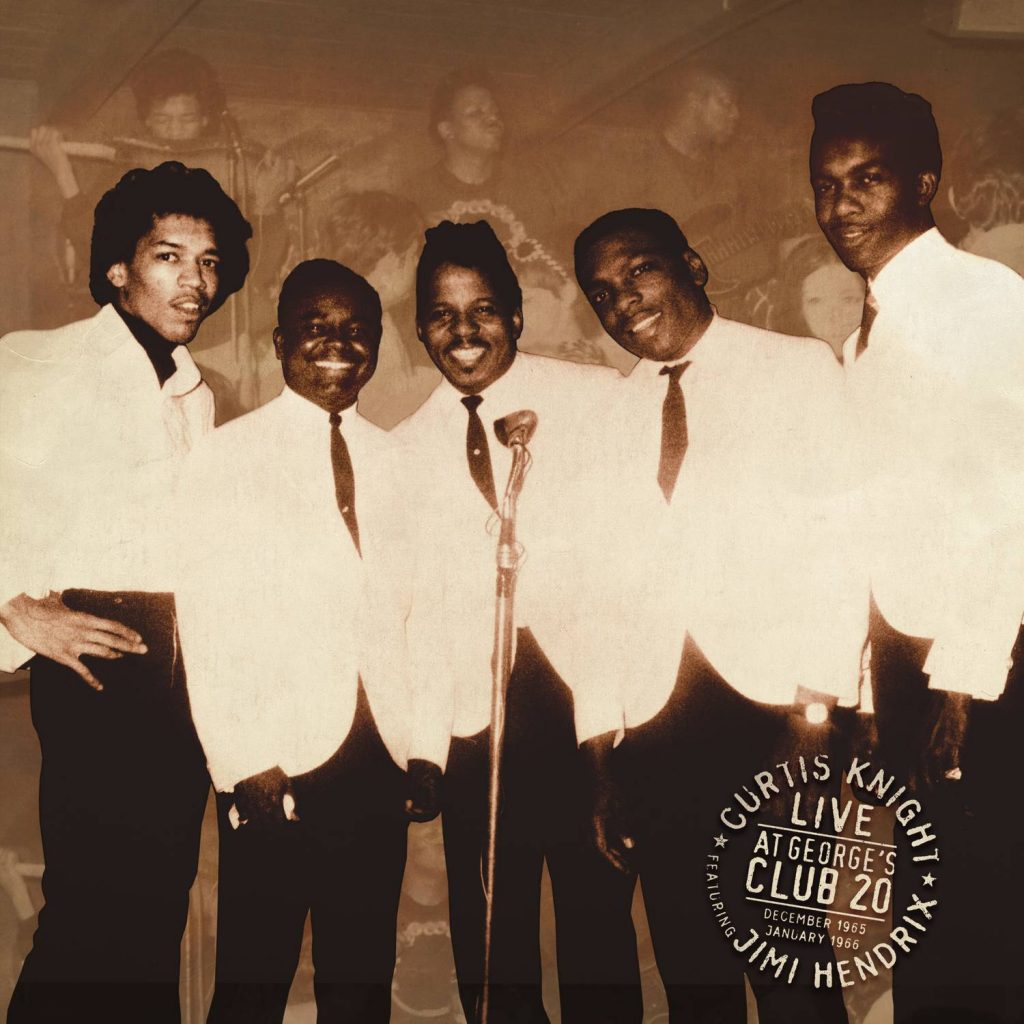 ‘Live At George’s Club 20’ collects raw amateur live recordings of Jimi Hendrix performing with Curtis Knight, made in December 1965 and January 1966 — just months before his discovery in Greenwich Village by Animals bassist Chas Chandler. These raucous blues and soul recordings represent the closest approximation to what Chandler heard when he first spotted Hendrix at the Café Wha?. Never before officially released in America, Jimi’s primal guitar, compelling voice and engaging persona are evident throughout spirited versions of classics by Muddy Waters, Jimmy Reed, Ray Charles and others. 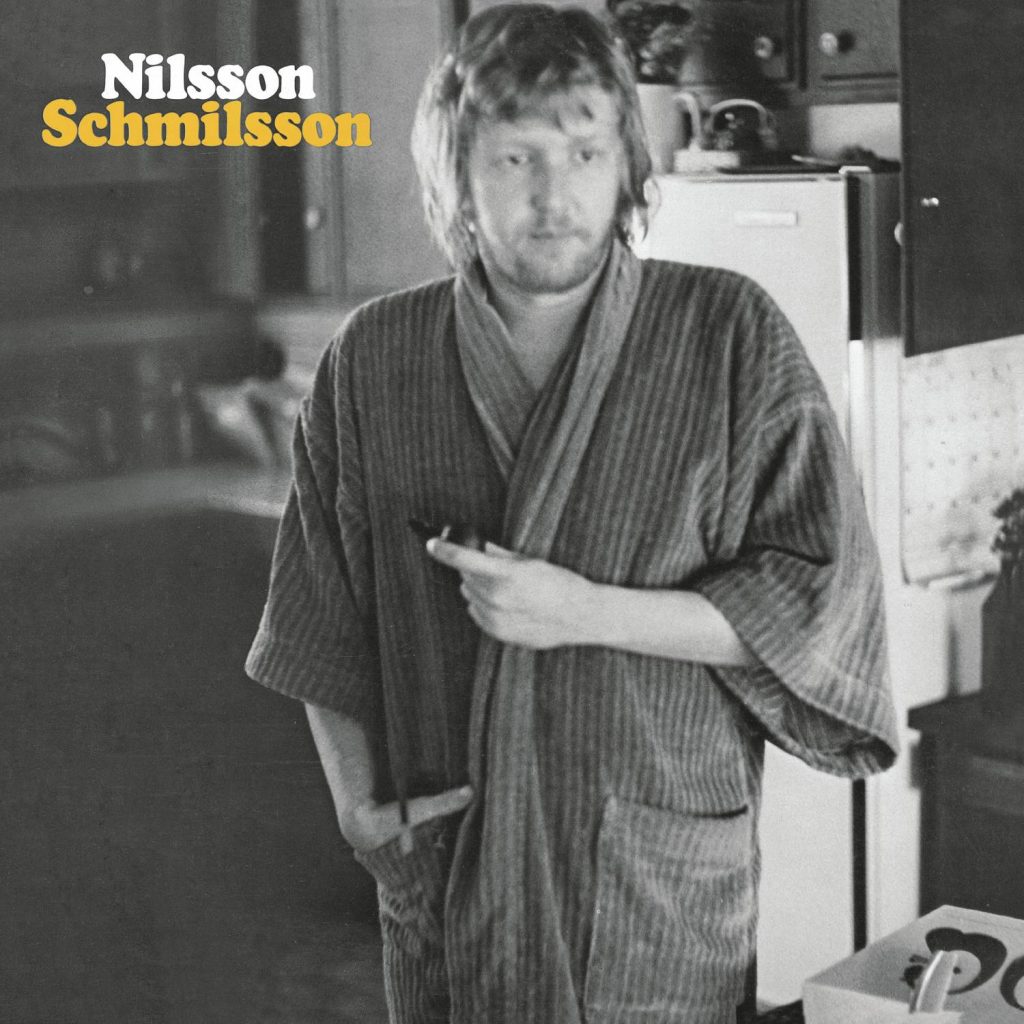 Harry Nilsson’s 1971 masterpiece ‘Nilsson Schmilsson’ will be pressed on yellow and white split color vinyl for Record Store Day. This classic LP — the first of two that Nilsson recorded in England with producer Richard Perry — features the Grammy Award-winning No. 1 hit ‘Without You’ (written and originally recorded by Badfinger and later a hit for Mariah Carey) plus the quirky Top 10 smash “Coconut” and the hard-driving ‘Jump Into the Fire’.

This special reissue also includes a reproduction of the poster included with original copies of the album. 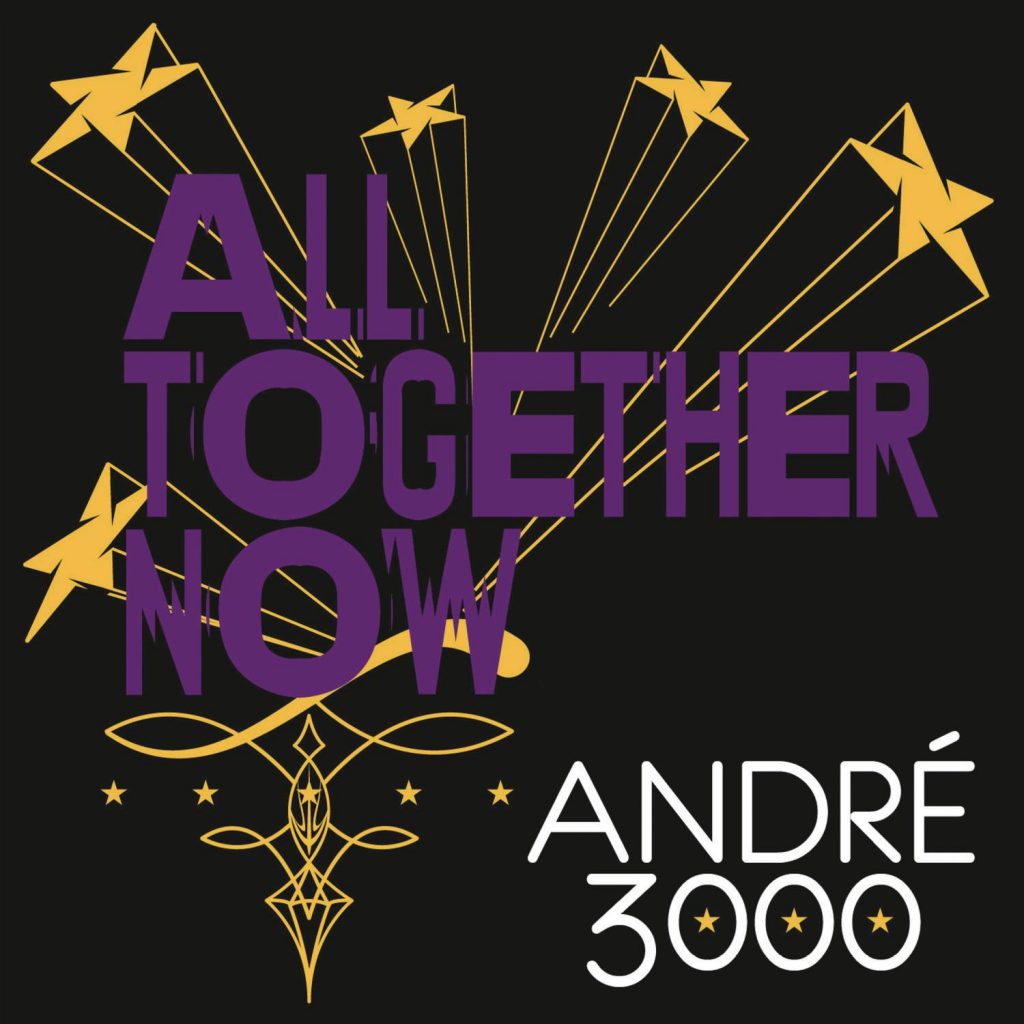 For the first time on vinyl, own André 3000’s eclectic interpretation of The Beatles’ ‘All Together Now’, first heard in a Nike commercial that aired during the NBA Finals in 2010.

This 45 RPM 7” single is backed with a previously unreleased instrumental version of the track. 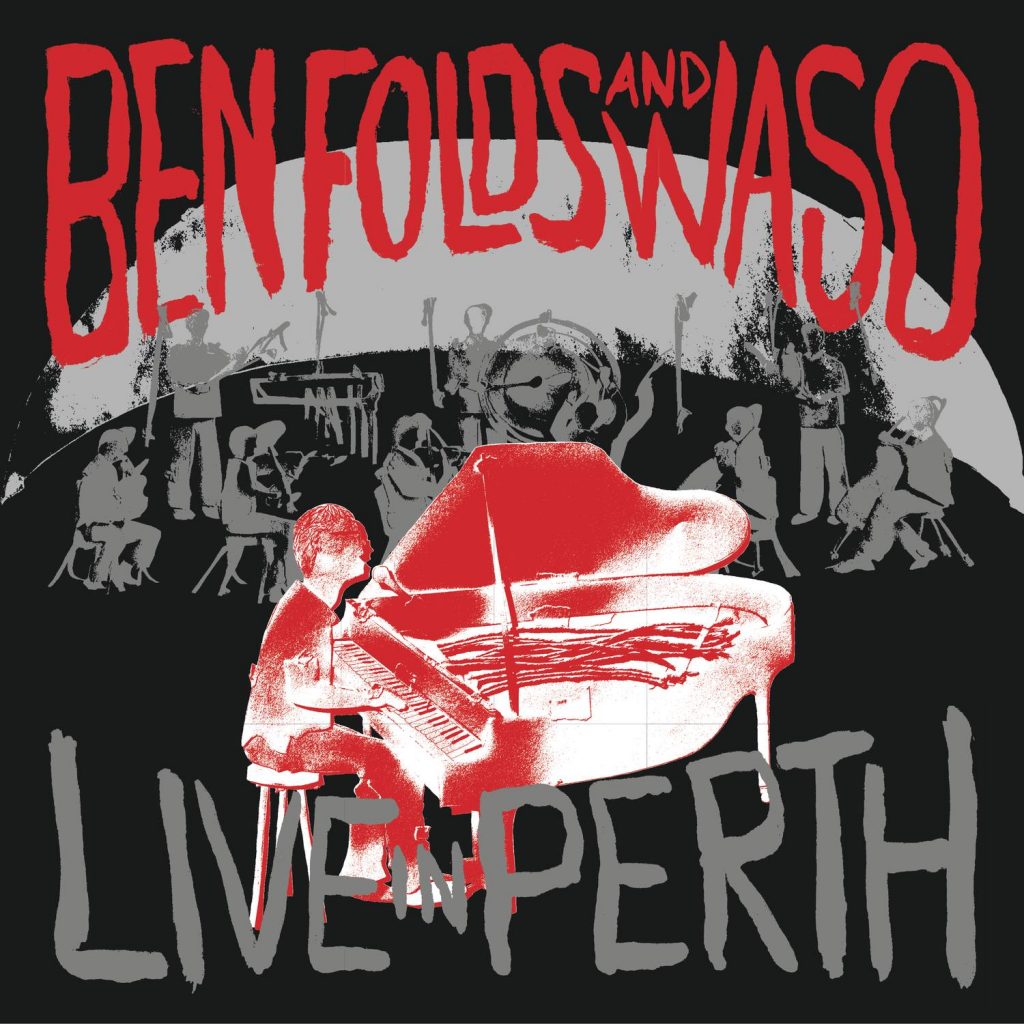 Recorded live over two nights in Australia in 2005, ‘Live in Perth’ features Ben Folds in collaboration with The West Australian Symphony Orchestra for an orchestral take on favorites from his witty piano-pop discography — his first of many performances with orchestras all over the world.

Previously only available on DVD, ‘Live in Perth’ will be available as a 2LP set that features two previously unreleased recordings from the concerts. 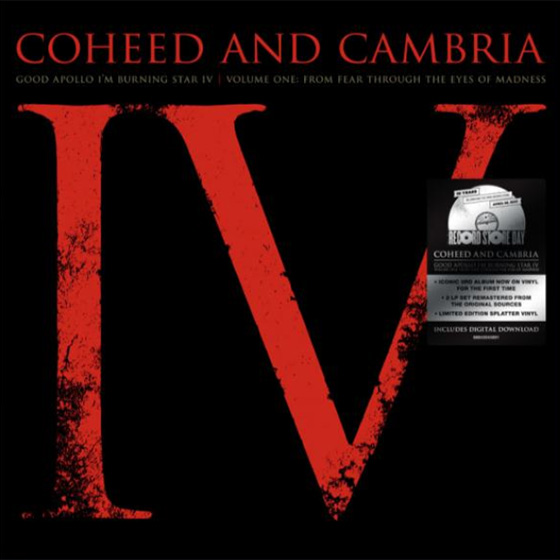 Now, ‘Good Apollo, I’m Burning Star IV, Volume One: From Fear Through the Eyes of Madness’ is remastered from the original sources and pressed on vinyl for the first time as a 2LP set on exclusive splatter vinyl. 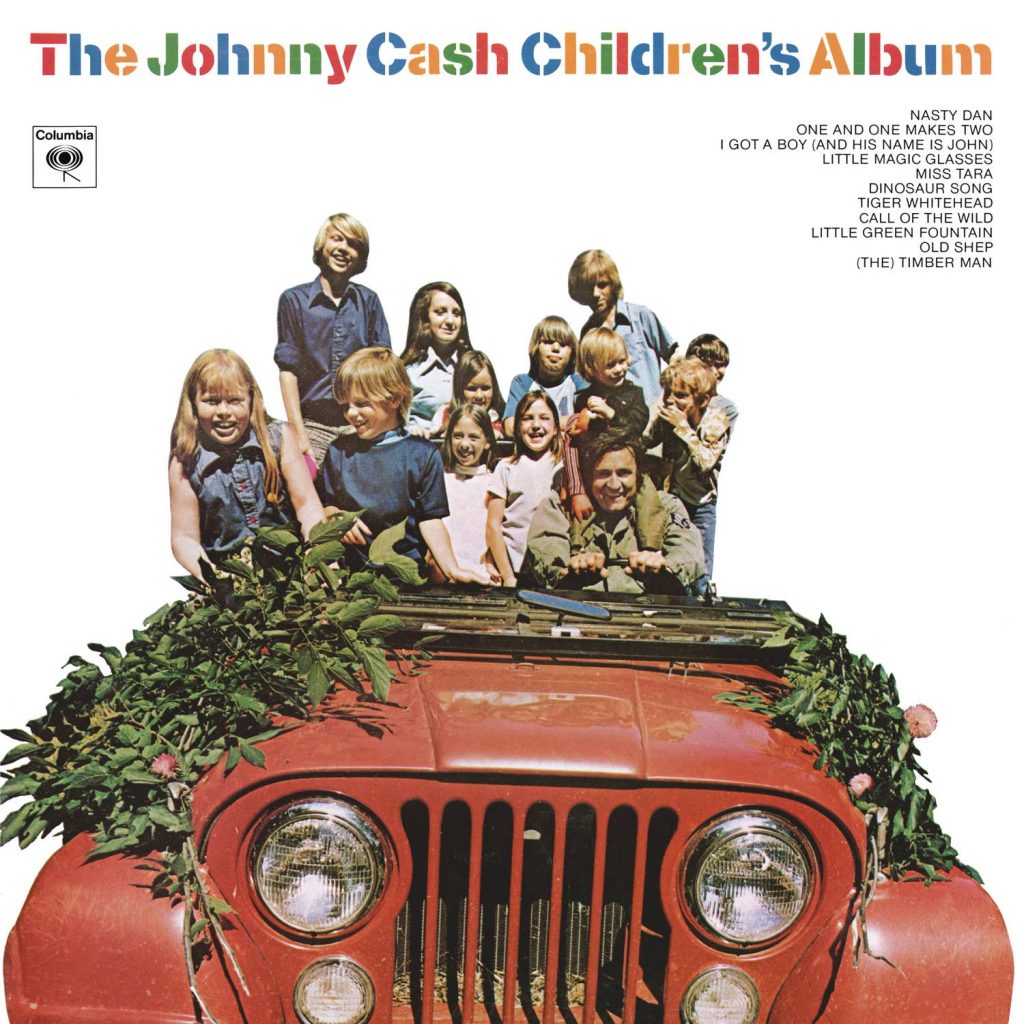 ‘The Johnny Cash Children’s Album’ showcased a lighter side of The Man in Black. Released in 1975, this LP featured lighthearted songs like ‘Nasty Dan’ (written by Sesame Street writer Jeff Moss and first performed by Cash on the classic children’s program), the original ‘I Got a Boy (and His Name is John)’ (written about Cash’s only son, John Carter Cash, who contributes liner notes to this reissue) and ‘Old Shep’, famously recorded by Elvis Presley in 1956.

Available on vinyl for the first time in more than 40 years, The Johnny Cash Children’s Album is good country fun for the whole family. 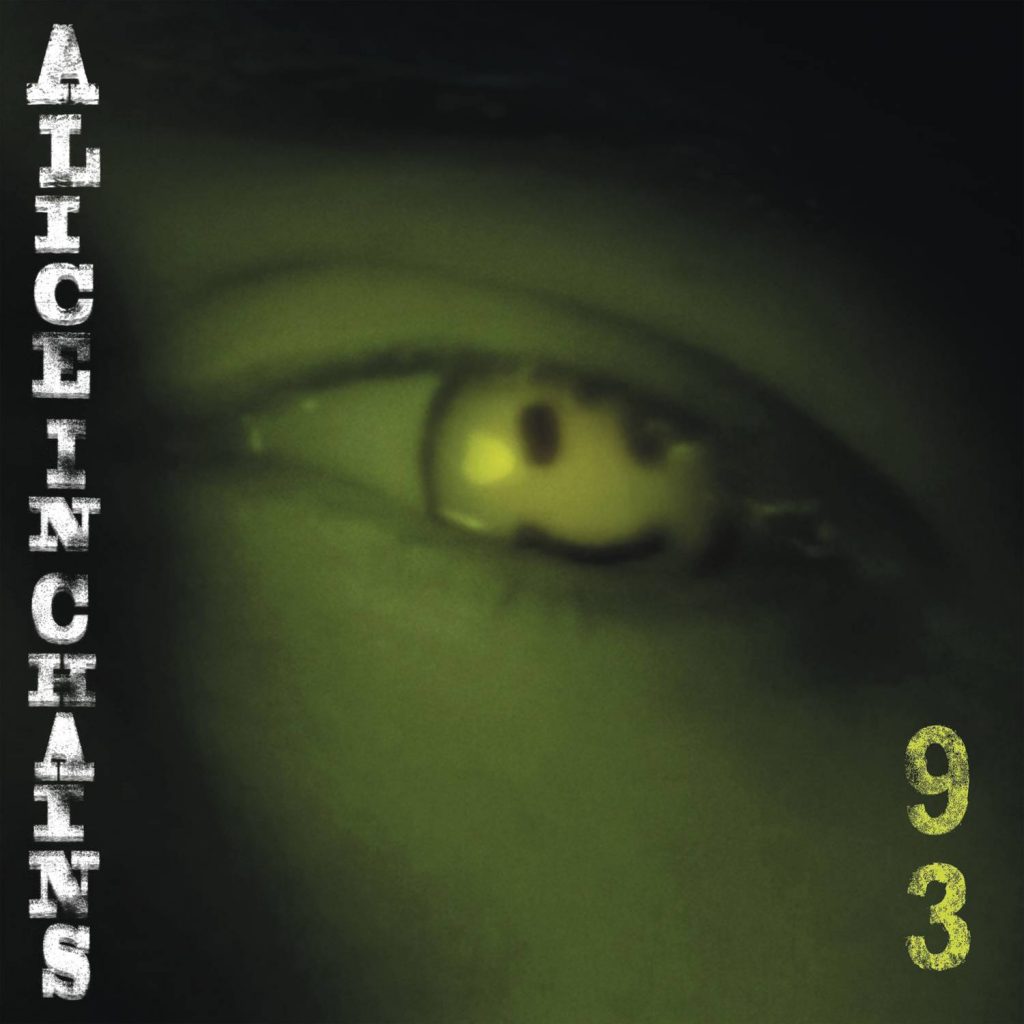 This special Alice in Chains 45 RPM double 7” single collects four hard-hitting tracks remastered and available on vinyl for the first time. ‘What the Hell Have I’ and ‘A Little Bitter’, released on the soundtrack to the Arnold Schwarzenegger film ‘Last Action Hero’ in 1993, were the first to feature new bassist Mike Inez, who’d played with Ozzy Osbourne for five years.

‘Get Born Again’ and ‘Died’, released on the box set ‘Music Bank’ in 1999, were the band’s final recordings with original vocalist Layne Staley. 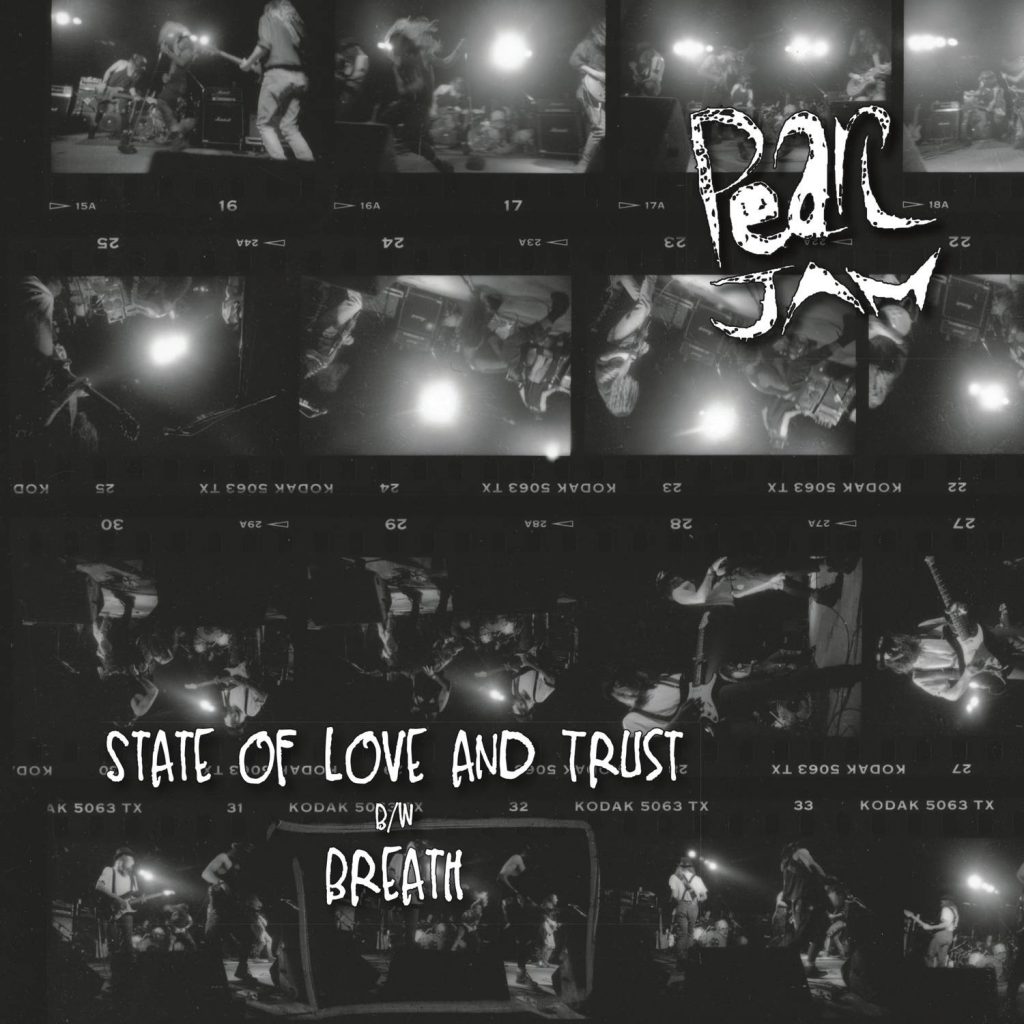 First heard 25 years ago on the soundtrack to Cameron Crowe’s Singles, Pearl Jam’s ‘State of Love and Trust’ and ‘Breath’ are coupled on 45 RPM 7” vinyl for the first time! The double platinum soundtrack album exposed mainstream audiences to the burgeoning Seattle grunge scene, and helped establish bands like Pearl Jam, Alice in Chains, Soundgarden and Mudhoney.

‘Singles: Original Motion Picture Soundtrack – Deluxe Edition’ will be released on CD and LP in May, featuring a bonus disc of rare and unreleased material from Chris Cornell, Paul Westerberg and more. 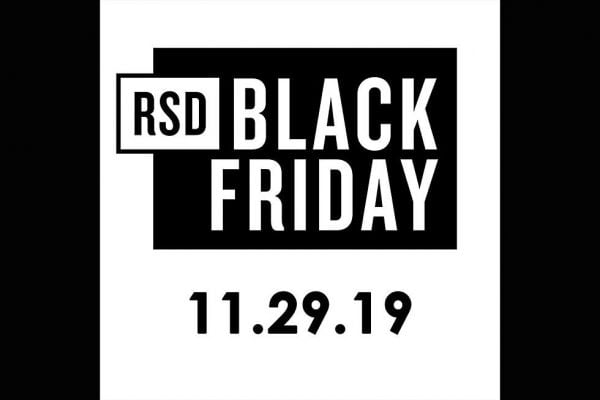 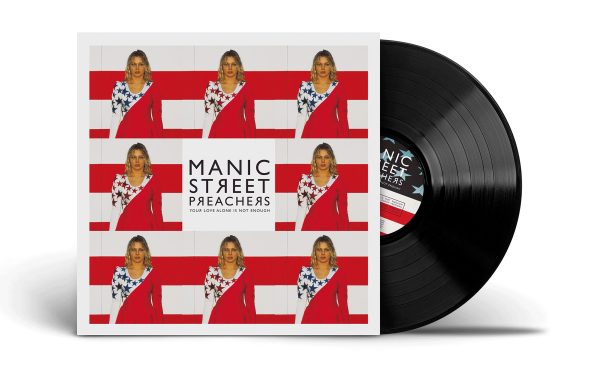