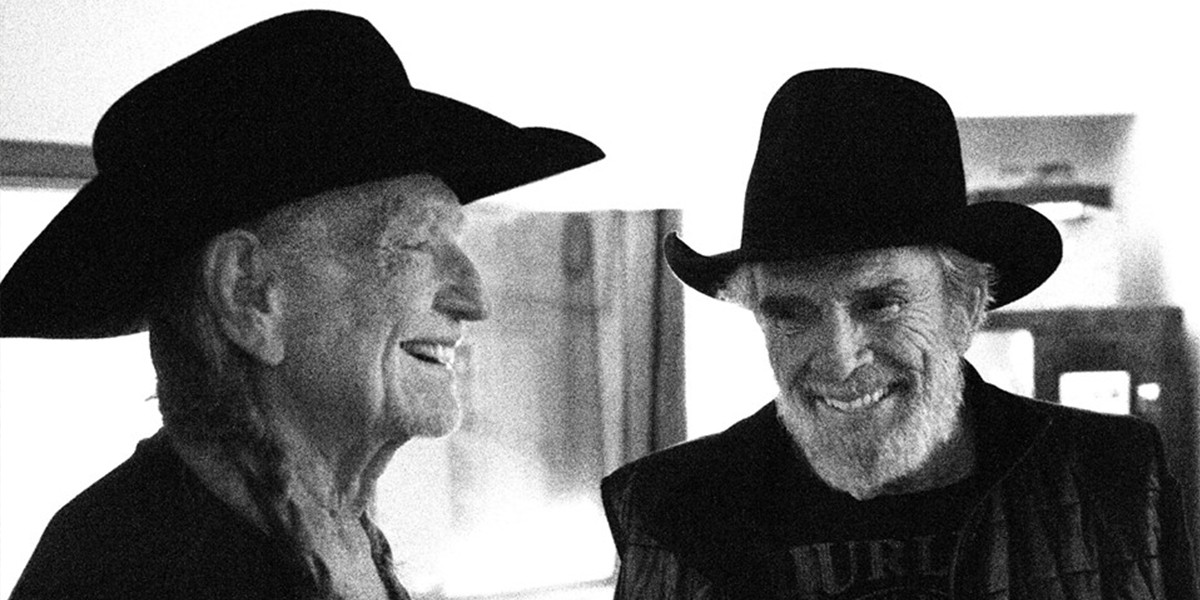 32 years after their chart topping collaboration album, Pancho & Lefty, outlaw country legends Willie Nelson and Merle Haggard have teamed up once more for ‘Django and Jimmie.’ The 14 tracks include the title song, a dual tribute to jazz guitarist Django Reinhardt and Jimmie Rodgers (Willie and Merle’s biggest respective influences), “Missing Ol’ Johnny Cash” an homage to the Man in Black, and a sublime interpretation of Dylan’s “Don’t Think Twice, It’s Alright.”

Released on 1st June, the album is preceded by the single “It’s All Going To Pot” – which was released on 4/20, and we suspect this may have been influenced by something totally different….! Don’t just take it from us though; Willie sums up the new album succinctly saying, “It’s good music, I got a good feeling about it.”

Get your copy of ‘Django and Jimmie’ on Amazon or iTunes and watch the video for “It’s All Going To Pot” below.